According to federal data released by the Substance Abuse and Mental Health Services Administration (SAMHSA) in September, 2016, teen drinking among Americans has dropped to new, encouraging lows.

Times are Changing – And Teenagers Are, Too

Experts suggest there is a generational shift afoot. Reporting on these reassuring and long-running trends in adolescent behavior, The New York Times writes that this drop in drinking “distinguished young Americans from their parents’ generation, which had much higher rates of smoking and drinking.” [2]

Kana Enomoto, principal deputy administrator at SAMHSA, attributes this generational shift in teen drinking to consistent and determined public health initiatives to reduce drinking among teens. [2] It seems that public health advisories about drugs and alcohol have managed to changed youths’ attitudes toward drugs.

Overcoming an addiction from substances or alcohol can be a very hard journey, and it’s important to have a trusted facility and staff by your side while you do it. Behavioral Health Centers is here to offer all our resources so you can live a happier and healthier life.

Not All Gung-ho About Sex, Drugs, (Drinking) and Rock n’ Roll The NIDA’s Monitoring the Future Study in 2015, involving around 44,000 8th, 10th and 12th grade students in 382 secondary schools, demonstrates this change in attitude even further. Overall, the percentage of students in this age group that viewed binge drinking on weekends as dangerous increased, and rates of outright disapproval of binge drinking similarly rose. Again, attitude makes all the difference: these trends of viewing binge drinking as risky and condemning the act in itself were consistent with lowered rates of actual binge teen drinking. [3]

It’s not only perceptions about alcohol that are changing among youths. Lisa Damour – Ph.D. in clinical psychology, director of the Laurel School’s Center for Girls and columnist for the New York Times’ Well Family Online report – adds that teens are much better behaved in general these days. Citing a report by the Centers for Disease Control and Prevention (CDC) published in June, 2016, she writes that “compared to adolescents in 1991, today’s teenagers are less likely to carry weapons, smoke cigarettes, try alcohol, binge drink or have sex. And they are more likely to wear seatbelts and use condoms.” Comparatively speaking, our teens are a pretty tame bunch.[4]

Outside the Limelight of Public Concern

However, as we all know, alcohol isn’t the only potentially dangerous substance out there. Unfortunately, percentages of adolescents and adults using illicit substances and abusing prescription drugs have remained relatively steady, as SAMHSA draws out in its report. [1] This hardly assuages national concern over skyrocketing rates of opioid abuse, dependence, overdoses and deaths in America over recent years. Many have termed it a full-blown epidemic, with 78 Americans dying every day from an opioid overdose, according to the CDC.[5]

But although alcohol-related catastrophes aren’t making headlines the same way common opioids and their synthetic variants are these days, they are very, very real and occur with unfortunate frequency – especially among adolescents. Citing the CDC, the National Institute on Alcohol Abuse and Alcoholism (NIAAA) writes that, on average, alcohol is involved in the deaths of 4,358 youths under age 21 each year. This includes:

The high number of alcohol-related deaths, although tragic, isn’t surprising when you consider that many teens are still drawn toward this substance. Despite demonstrating that rates of teen drinking have been decreasing among this age group, the SAMHSA report and similar studies continue to affirm that this substance trumps others in being the most commonly used among teenagers. After all, alcohol is everywhere. What teenager, or even young child, hasn’t already seen countless beer commercials? Wines, sprits and beers are available in many grocery stores as well (depending on what state you live in). Restaurants serve them on occasion. Television and film characters drink casually. Consuming alcohol is more-or-less an honored pastime among adults. Bars, pubs and liquor stores inconspicuously stand in cities and towns: these drinking establishments (and the alcohol industry at large) are accepted fixtures in the social landscape.

Unlike illicit drugs, existing in the shadow of society (or so we like to imagine), perfectly legal alcoholic substances are visible to the public eye – and no one bats an eyelash about it. Even though teens these days are increasingly perceiving the dangers of abusing alcohol, as the NIDA points out, the normalization of drinking and its legality likely make alcohol the substance of choice for greater amounts of adolescents and adults alike. Health Hazards of Alcohol in General

Outside of being involved in thousands of deaths per year in the US (and millions worldwide), there are a number of disturbing effects and health hazards associated to excessive alcohol consumption that can be experienced at any age.[7]

In the short term, you could experience increased shakiness, restlessness, trouble sleeping, nausea, and heart racing when alcohol wears off in the body. Some people even have seizures.[8] Drinking to excess also weakens your immune system and slows down the body’s ability to fight off infections and diseases – even up to 24 hours after getting drunk, according to the NIAAA. [9]

In the long run, heavy drinking can severely harm the heart, liver and pancreas and raise the risk of developing a number of cancers (including mouth, liver and breast cancers). By disrupting the brain’s normal functioning, it also can cause learning and memory problems as well as emotional dysregulation.[10] Youths and teens are at particular risk for this: the NIAAA states that “alcohol use during the teenage years could interfere with normal adolescent brain development” and cause lasting damage. [7] This fact alone makes teen drinking particularly dangerous. Why Reducing Teen Drinking Is So Important

Beyond all these health concerns, what makes heavy teen drinking such a distressing issue is how it has been shown to significantly raise the risk of later developing alcohol use disorder. This can cause physical health issues, interpersonal problems, psychological distress and more. Citing data from the National Epidemiologic Survey on Alcohol and Related Conditions, the NIAAA writes that “people who begin drinking before age 15 are four times more likely to develop alcohol dependence during their lifetime than those who began drinking at age 21 or later.”[11]

Once dependent on alcohol, it can be incredibly daunting (even physically painful) to stop drinking. This dependency can culminate into a full-blown use disorder, where alcohol dominates your thoughts, behavior, time, relationships, motivations – in short, your life. Without treatment or some form of intervention, the disorder only worsens one’s physical and mental health as it progresses over the years.

This is why targeting the sensitive population engaging in teen drinking is crucial. Though it might not be as addictive as substances like heroin, more teens experience alcohol’s adverse effects and (either in adolescence or later in life) become dependent on it partly because it is so widely available.

If reducing how much adolescents drink can decrease rates of dependency and debilitating cases of use disorders, then the trend of declining rates of use and abuse among teenagers that SAMHSA and others have observed represents a major win for public health in the long run. We’re Here for You in the Here-and-Now

Even so, we’re living in the present-tense – where approximately 16.3 million adults and 679,000 adolescents continue to suffer from alcohol use disorder.[12] While it’s crucial to focus on preventing teen drinking, what’s often neglected is the imperative to treat those who are currently struggling with substance use disorders or mental illnesses. As Kana Enomoto of SAMHSA stated in a press release, “In 2015, one out of five adults in America met criteria for a mental illness or substance use disorder and only 39 percent of them received services.” [1]

Don’t wait too long to get the help you need. Treatment is out there. You don’t have to be dominated by alcohol or any other substance. We’re here for you and are ready to get you in control of your life again.

Overcoming an addiction from substances or alcohol can be a very hard journey, and it’s important to have a trusted facility and staff by your side while you do it. Behavioral Health Centers is here to offer all our resources so you can live a happier and healthier life.

Insurance May Cover the Cost of Your Treatment

Call us to verify your coverage today! 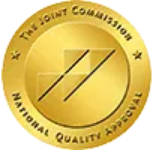 All calls are 100% free & confidential